Our aim is to develop a true partnership with all parties involved in a project and can often resolve complex urban regeneration issues by harmonising a range of potentially divergent interests. We seek to understand each party’s individual needs, recognise their role and complement their input. In this way we have created a range of strong private and public sector partnerships and are constantly widening our relationships to create new business opportunities.

We believe in creating the right space in the right location and applying best practice throughout. Our aim is always to anticipate new property trends and patterns of commerce. We also understand how to release best value by re-evaluating the key elements of space and location in the light of the latest requirements and technological progress. This stimulates imaginative solutions and ensures we create space that fully meets the user’s needs.
Toggle SlidingBar Area

Promenade Estates has announced Costa Coffee as its second tenant in the former Rat and Parrot pub in Liverpool’s Queen Square.

The British multinational coffeehouse has agreed to a 10-year lease for a 1,800 sq ft unit in the building, meaning the ground floor will be fully let. American burger-joint Five Guys was the first tenant to open in December last year and was the company’s second most successful opening worldwide.

Work has started on site at the unit, with Costa Coffee due to open by 13 February.

Costa Coffee is the second largest coffeehouse chain in the world, behind Starbucks. It is the latest tenant to sign up to the new retail and leisure site in the former Rat and Parrot building which is undergoing a £1 million refurbishment by developer Promenade Estates.

Savills acted on behalf of Promenade Estates for the deal. 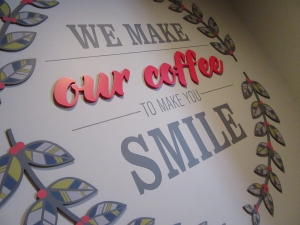 Daniel Hynd, director of Promenade Estates, says: “Costa Coffee is a strong brand, and the fact it is the second largest coffeehouse chain the world means it is great addition to the café culture of Queen Square and will serve the millions of visitors to this area of the city.”

“We’re excited for the year ahead as we prepare to announce the final tenant at Queen Square which will see our vision for the Rat and Parrot building come to fruition.”

By continuing to use the site, you agree to the use of cookies. more information